Home > News > Do you know the function of surge tank?

Do you know the function of surge tank?

When the valve in a hydroelectric power plant is suddenly completely closed, because of its small inertia the water in the penstock stops almost at once. The water in the pipeline, with large inertia retards slowly. The difference in flows between pipeline and penstock causes a rise in the water level in the surge tank. The water level rises above the static level of the reservoir water, producing a counter-pressure so that water in the pipeline flows towards the reservoir and the level of water in the surge tank drops. In the absence of damping, oscillation would continue indefinitely with the same amplitude. 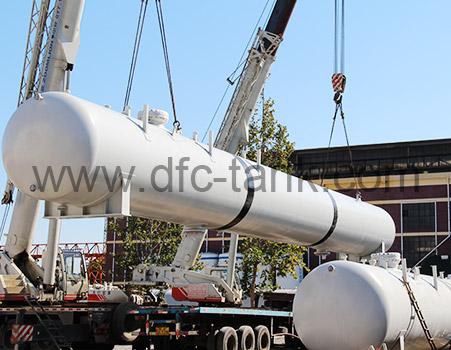 The flow into the surge tank and water level in the tank at any time during the oscillation depends on the dimension of the pipeline and tank and on the type of valve movement. The main functions of a surge tank are:

It improves the regulation characteristic of a hydraulic turbine.

The surge tank should be located as close to the power or pumping plant as possible;

The surge tank should be of sufficient height to prevent overflow for all conditions of operation;

The bottom of surge tank should be low enough that during its operation the tank is drained out and admit air into the turbine penstock or pumping discharge line; and

The surge tank must have sufficient cross sectional area to ensure stability.

Previous: How many types of surge tank?

Next: Do you know types of heat exchangers?